Hello, my name is Diana Wolsink-van Landeghem. I was born in 1981 and raised in Limburg, the most southern province of the Netherlands. When I was 19 I moved to the city of Groningen, situated in the very north of the Netherlands. I like Groningen and I feel happy there. I call myself a "Groningse with a soft g". This is because in Limburg they pronounce the letter 'g' in a soft way, and in Groningen in a hard way. 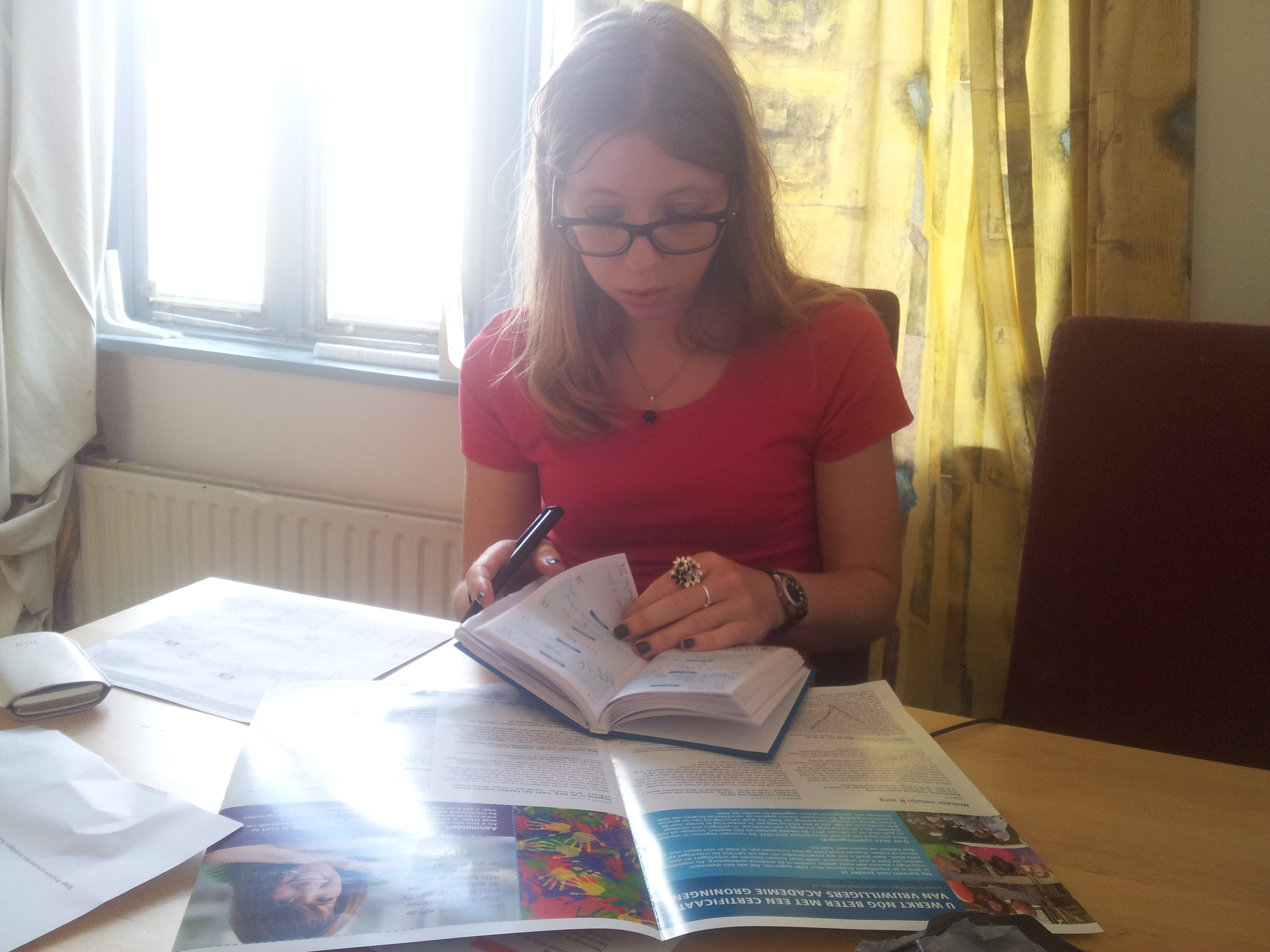 I have followed several courses at university, after this I have had several jobs. At first I worked in a shop called "De Nieuwe Weg" ("The New Way"), an organic store. I did a lot of things there and it was a good time.
I also worked in the "Wereldwinkel" ("World Shop"), a fair trade shop. This, I did for a year. I liked it here as well, also because of nice colleagues. I, then, got a job at "Zinnzorg" ("Zinn care"), location Patrimonium. ZINNzorg is care for the elderly. I worked at the wellness department, in the library and, amongst other things, at the Bingo. I worked there for three years. I recently quit the job because I wanted to do something else. For a few months, then, I worked in a second hand clothes shop with designer clothes called Viva! For me, though, it was a very chaotic environment so I had to quit. But like the other jobs, the colleagues were nice.

Since a few years I'm writing lots of articles and poems for several magazines. I have also teached myself, from books, to build websites. Meanwhile, I build websites for customers. Since July 2017 my husband and I started our IT company Wolsink IT.
See also my webdesign page.

I forgot to mention, that I have also written six books (in Dutch). My sixth book, called "Luminous eyes" has been published in September 2017. I really love to write and I feel very happy that this has been acknowledged, because my books, articles and poems have been published, and thus been read by a lot of people.
I write since I was eight.

For the rest I like to read, the city of Groningen, do sports, our guinea pigs called Piepertje, Roosje and their babies, our budgy Croky, our lovebird Coco, and the most I love my husband Tirso, with whom I live together in Groningen.

Because I have a psychiatric vulnerability I have become Ambassador for "Fonds Psychische Gezondheid" ("Fund Mental Health"), to oppose taboo and stigma. I also created the website Een Andere Psychiatrie because I have different ideas about psychiatry.